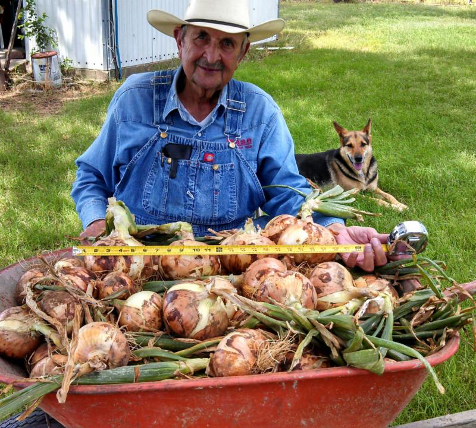 by onionpatch
All About Onions 0

Texas 1015Y Super Sweet onions were developed by Dr. Leonard Pike, a horticulture professor at Texas A&M University. After 10 years of research and development, the Texas 1015 was released in 1983 and nicknamed the “million-dollar baby” because of the enormous cost and amount of time it took to develop. Sweet Texas 1015 onions are robustly softball-sized round, thin-skinned yellow onions with a mild, juicy non-tearing crisp white flesh. The onions have warm and sweet aromatics, due to the presence of the compound, eugenol. Sweet Texas 1015’s trademark sweetness allows them the title of being considered one of the sweetest of the all sweet onion varieties. They are also harvested and sold young, with their green tops attached. Younger Sweet Texas 1015’s are even sweeter and more tender than their cured counterparts.

When Leonard Pike and Paul Leeper started their program, it was decided to start selections from open pollinated lines and to make a few crosses and select material for the development of new open pollinated varieties. This decision was based on the fact that after all the work on hybrids, the most productive onion grown in Texas was still Texas Early Grano 502. There were earlier hybrids and different colored hybrids but the most productive was Texas Early Grano 502.

The pink root screening block was developed at the Weslaco Station so that Leeper and Pike could develop pink root resistance in their new varieties. Texas Early Grano 951 was grown in this plot and selected for resistance to pink root for several years in the development of Texas Grano 1015Y.

When Dr. Leonard Pike, a plant breeder from Michigan State, came to Texas, several Texas onion growers put up the original money to support the program. The group later got a USDA marketing order approved to support the onion program. Onion crosses were made and trialed in Uvalde, Pecos, Presidio, El Paso, Fort Stockton, Las Cruces, Lubbock, Hereford, Munday, College Station, Texas and various other places with the assistance of many growers.

After the retirement of Paul Leeper, Dr. Pike continued the initiative for the onion breeding program in Texas. His emphasis is on genetic improvement of onions with high levels of naturally occurring chemicals providing health benefits in our diet. Texans have the opportunity of enjoying the best onion varieties – – bred and grown in Texas – – in the world. Wouldn’t the Mother ‘Grano 502’ be proud!    The 1015Y Texas Super Sweet is one of the most requested varieties by customers and we are thankful for Dr. Pike’s research so many years ago providing this wonderful onion variety! 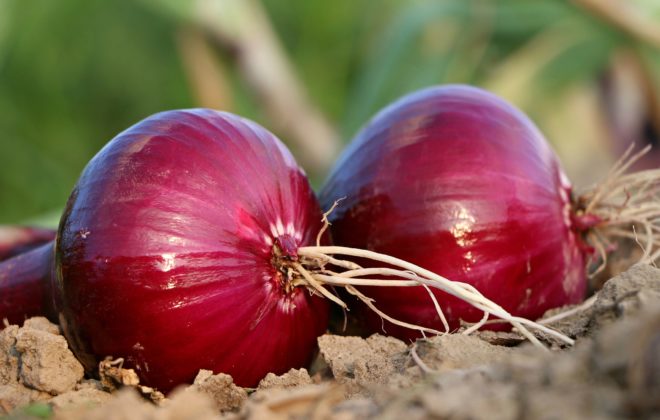 All About Onions, Growing, Recipes, Troubleshooting 0