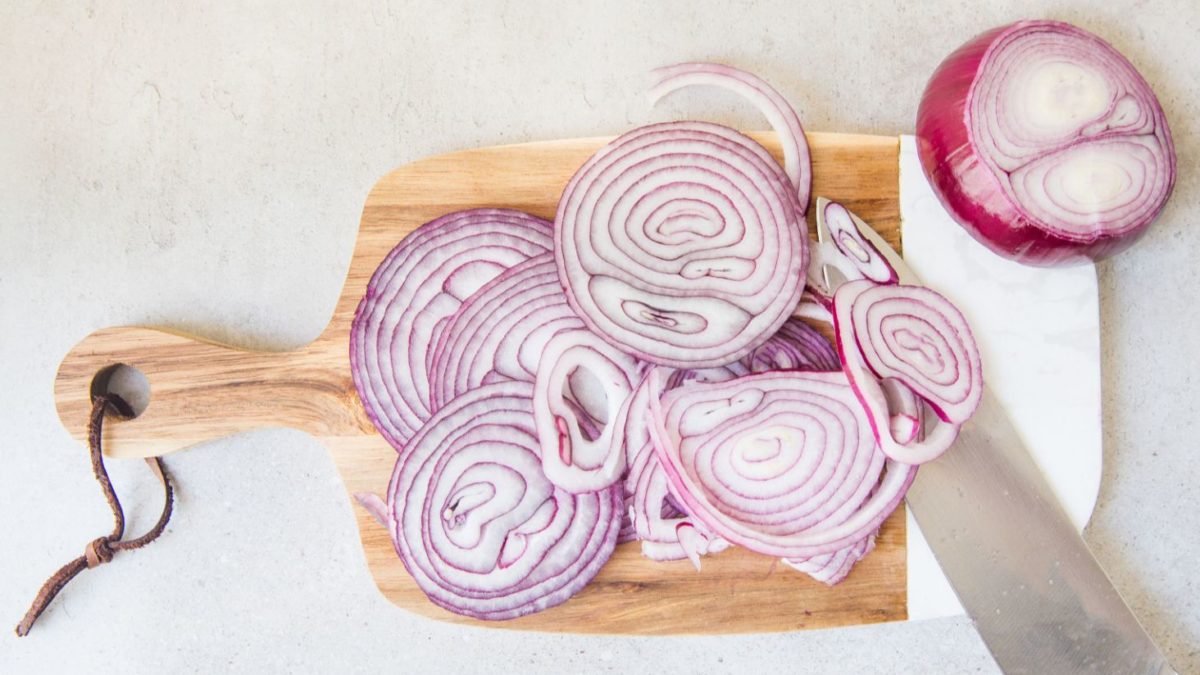 by Zach Parry
All About Onions 1

Spring is in the air! Now that we’re able to get out and enjoy some sun and breathe fresh air, it’s time to go play in the garden. You’ll see some medicinal and nutritional benefits of onions in this month’s article.

The Nutritional and Medical Benefits of Onions

Depending on the variety, growing conditions, and climate, the nutritional value of onions can vary. They are low in calories, only about 30 per one half-cup serving, and fat, sodium, and cholesterol-free while still very flavorful. Onions are also a good source of vitamin C (5mg or 9% of daily value), B6 (0.1mg or 5% of daily value), potassium (126mg or 4% of daily value), and the flavonoid quercetin and trace mineral chromium.

Onions have been used in many medicinal practices. Similar to garlic, they contain sulfur compounds such as allyl propyl disulfide that contribute to the onion’s pungent odor. Onions have been shown to improve cardiovascular health. Studies in China that compared the health of two similar villages, one that grew onions and the other that did not, showed that the village that grew and consumed onions had a lower death rate due to cardiovascular disease than the village that did not consume onions. Current research has shown that the more pungent the onion, the stronger the anti-platelet activity effect is. This is due to the sulfur compounds, chromium, and vitamin B6, all known to decrease homocysteine levels, a known factor in heart attack, stroke, and heart disease patients.  Due to the presence of these compounds, onions have been shown to control hyperglycemia and hyperlipemia as well.

At the University of Wisconsin, the research investigates how onion consumption and specific onion compounds affect the in vivo aggregation of blood platelets. “Using an in vivo model, we are beginning to investigate and, in some cases, confirm the potency of the onion as a blood thinner and platelet inhibitor. Onions may be among the vegetables that will be prized not only for their addition to our cuisine but for their value-added health characteristics,” said Irwin Goldman, Associate Professor of Horticulture, University of Wisconsin-Madison.

Onions are also known for their blood sugar lower abilities. Studies have shown that individuals who ingest onions have lower glucose levels in their blood. This lower glucose level is due to the allyl propyl disulfide, which increases the amount of free insulin available by competing with insulin for binding sites in the liver; thus, more insulin is available in the bloodstream to lower blood sugar levels. In addition to sulfur compounds, onions contain 20% of an individual’s daily amount of chromium, a trace mineral involved in the body’s response to insulin. Chromium has been shown to decrease fasting blood glucose levels, improve glucose tolerance, lower insulin levels, and help lower triglyceride and cholesterol levels in the bloodstream.

Onions are also very beneficial to gastrointestinal health. By ingesting onions, especially the yellow varieties, at least twice a week, your chance to contract colon cancer can be significantly reduced. Similar to other Allium species, onions have very high levels of flavonoids, specifically quercetin, which in laboratory studies on animals, quercetin protects colon cells from cancer-causing agents. In addition to colon cancer, onions, like garlic, are protective against many other types of cancer.

By ingesting onions regularly, your bone health can be improved. In a recent study published in the Journal of Agriculture and Food Chemistry, the compound gamma-L-glutamyl-trans-S-1-propenyl-L-cysteine sulfide (GPCS) has inhibited osteoclasts, or the cells that degrade bone, thus mitigating bone loss.  GPCS acts the same way as the common osteoporosis drug Fosamax, but onions do not have adverse side effects. This research is essential and beneficial to women with osteoporosis.

Recipe of the Month

The onions plants are fantastic, and the weather has been in our favor. Here is a photo of us planting our summer crop of cantaloupe! Our cantaloupes are sold in grocery stores in the summer labeled Carrizo Cantaloupe. 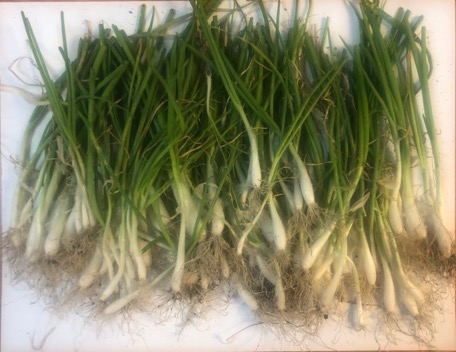 What Is the Size of an Onion Plant?

All About Onions, Growing 2 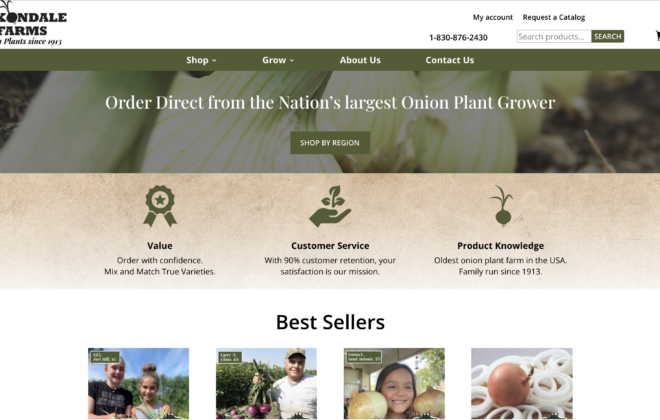 All About Onions, Troubleshooting 0

Protect your plants from Rough Weather

All About Onions, Growing, Troubleshooting 2